Washington DC, or more formally known as the District of Columbia, is the capital city of the United States and home to over 700 thousand. The city sits on the Potomac River, between Maryland and Virginia.

The city is unique in its diversity, offering an unmatched blend of historical landmarks, museums, the arts, sporting events, while also being a national center for politics.

A Brief History of Washington DC 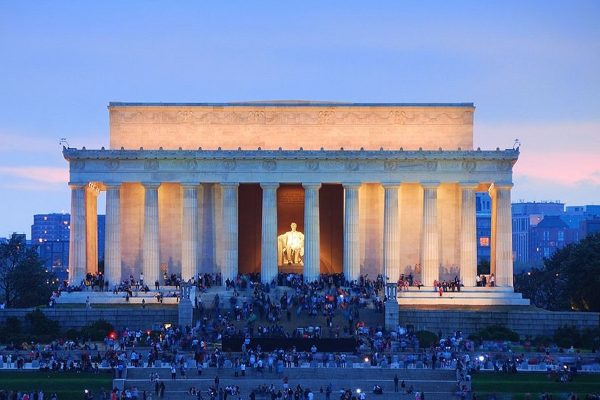 In the late 1700’s, the preeminent leaders of the newly formed United States were awakening to the need for the national government not to rely on any state for its own security. In 1790, the Residence Act was signed into place, paving the way for the establishment of Washington DC to become the nation’s capital city.

Some decades later, during the War of 1812, the British forces raided the capital, burning the White House, the Treasury, and the Capitol building, along with various other government buildings. Most buildings were repaired quickly, but the repairs on the Capitol were not fully completed for another 50 years.

Over the next century, the city of Washington DC grew and brought in technological advancements, improving roadways, installing public sanitation measures, electrical grids, street cars, and thanks to the increased federal spending brought in by The New Deal, the city added a wealth of museums, monuments, and new government buildings.

While DC is protected from most major storms, your property may still be impacted by one of the many wind, rain, or snow storms that hit the area. No matter if your house is flooding, or your business property just had it's roof damaged by a falling tree, RA Hyman Restoration responds 24/7 to provide storm damage board up, storm damage cleanup, storm damage restoration, and storm damage repairs.

When your property is damaged by a fire, you need a professional restoration company that can handle everything from water damage, to smoke cleanup, to fire restoration. At RA Hyman, we perform fire board up, fire damage restoration, and fire damage repairs to ease your stress. Allow us to handle working with your insurance adjuster to cover your claim. We have your back and will get you back in your home ASAP!

With such a long and storied history, Washington DC is known for its wealth of historic properties. As a local restoration company that has served the area for years, RA Hyman Restoration, Inc. has ample experience blending past and present to provide a functional, yet aesthetically appealing solution to any level of property damage. We understand and follow all local codes and regulations to make the project a success.

When you are in need of a professional company to handle your home remodeling needs, give the experts at RA Hyman Restoration, Inc. a call. We employ a team of highly skilled craftsmen that have the experience, licensing, and talent to handle remodeling jobs of any size or scope. Our team will work with you, listening to your every wish, to deliver you with the remodel of your dreams.